Huntsville, Alabama sounds like a small town, but it is definitely one that has experienced growth. The town of Huntsville is located in the north region of the state of Alabama. Huntsville has a current population of fewer than 200,000 people and has attracted retirees due to the vast opportunities available in this retirement city.

Huntsville, AL is a scenic and beautiful city. Though it is one of the four largest cities in the state of Alabama, Huntsville is a beautiful place with plenty of greenery. Many large cities only concentrate on building up and out, without paying attention to the natural beauty of the place. Huntsville, Alabama has plenty of wooded areas, gardens, lakes and greenery to enjoy. For this reason, Huntsville is an excellent retirement destination for those who crave the city life, while still wanting to enjoy small town luxuries.  Magnolia Trace Huntsville and Redstone Village are two Continuing Care Retirement Communities in Huntsville that offer a retirement community for independent living as well as care facilities when needed.

One thing that makes Huntsville so special is the large amount of PhD holders who live in this city. Huntsville holds more PhD holders per square mile than most other place in the United States. The reason Huntsville has so many educated citizens is due to the NASA branch located in the town of Huntsville. The city also holds many opportunities for those who hold degrees in science and engineering. Retirees who wish to have a part time job in their old field or to volunteer in the science and technology field will find Huntsville to be full of opportunities.

The growth that Huntsville, AL is expected to receive is largely due to the military opportunities that are moving to the town of Huntsville. Nearly 10,000 military jobs will be relocated to the city and a large amount of military contractor positions will be soon to follow. Military retirees who wish to remain close to a military installation and have the opportunity to contract with the military will find Huntsville to be one of the top towns to retire.

The weather in Huntsville is excellent for those who are looking to get away from cold, harsh winters without having to deal with summers that are over 100 degrees F. Most winter temperatures in the Huntsville area are around 49 degrees and temperatures in the summer are just less than 90 degrees on average. Mild falls and summers leave time to explore Monte San Mountain, a beautiful mountain and nature reserve located in south Huntsville.

The town of Huntsville’s demographics are varied, which makes for a culturally rich town. Huntsville is also located within 2 hours of both Atlanta, GA and Nashville, TN. A day trip to both of these large, popular southern cities will take no more than a few hours. Chattanooga, TN and Birmingham, AL are within one hour of Huntsville and these cities are popular destinations for large events. 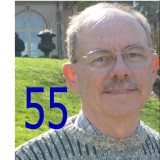